How to reach us:

By train: the nearest station is Santa Maria Novella, the main Florence railway station, at 1,5 km from the flats and easy to reach on foot. The station is connected with the major Italian cities through high velocity trains. Travelling time: 1h45’ Milan – 1h35’ Rome – 3h Naples – 2h3’ Venice.

By plane:Amerigo Vespucci Florence airport is located at 7,5 km from town and easy to reach by taxi and by car as well. For the bus click here >>
The Pisa airport, Galileo Galilei is 106 km far, but it’s comfortably connected to Florence through railway and bus directly from town.

Directions to reach the apartments by car:

The apartments are located in the Pedestrian Zone and inside the ZTL (Limited Traffic Zone). Access is, however, allowed for luggage load and unload. We recommend following the directions given below or call us to define an alternative route.

To reach the apartments in Piazza della Signoria:

Coming from Siena or Pisa: Take the motorway “A1” towards Roma and exit at “Firenze Sud”, and then follow the directions below.

Coming from the South on the Highway “A1“: Take the exit “Firenze Sud”, after the toll booth, continue to the end of the junction. Turn left at the traffic light (signs “centro”) and continue straight along the river for about 3 km, when you must turn right in “Viale Amendola”. Turn left at the first traffic light in “Viale Duca degli Abruzzi” and keep right to take the lane, which allows you to cross “Viale Giovine Italy” and go straight at the traffic lights, taking “Via dell’Agnolo”.

Along “Via dell’Agnolo”, after about 200 metres, you will find the entrance to the ZTL (Limited Traffic Zone), continue straight on along the way and still continue in “Via Pandolfini.” At the end of “Via Pandolfini”, turn left into “Via del Proconsolo”, after which you will enter into the “Pedestrian Zone”, go ahead and take the second street on the right: “Via de’ Gondi”, which ends in “Piazza della Signoria”. The apartments are at number 2 next to the Loggia dei Lanzi.

Coming from the airport or from the North on Highway “A1“: Take or continue in “Viale Guidoni” for about 2 km.

Almost at the end of the Avenue, turn right in “Via Enrico Forlanini” (direction for “Viali Circonvallazione” and “centro”). At the end of Via “Forlanini”, take the roundabout and turn left into “Via di Novoli”, which becomes “Viale Francesco Redi”. Continue along Viale Redi until the end and go to the left at the intersection with “Viale Belfiore. Take Viale Belfiore and turn immediately left into “Via Guido Monaco”, keep to the left. At the traffic lights, at the end of Via Guido Monaco, go left in “Viale Fratelli Rosselli”, go under the overpass and try to keep to the right or in the centre to take “Viale Lavagnini”. After about 300 metres, turn right in “Via Santa Caterina d’Alessandria”, keep on going straight until you reach “Piazza della Stazione”. Keep left at the traffic lights, go straight on and turn by 90 degrees around the roundabout to take “Via Panzani” (entering the ZTL – Limited Traffic Zone). Go straight until you are forced to turn right in “Via de’ Rondinelli”. At the end of “Via de’ Rondinelli”, you can only turn left into “Via degli Agli”, continue straight on towards the Duomo (entrance to the Pedestrian Zone), and as soon as you arrive in the Piazza (square), turn right in “Via Roma”, continue straight on for about 300 metres. After the Loggia del Mercato del Porcellino, turn left into “Via Vacchereccia” and stop at the end. The apartments are located about 50 metres on the right. 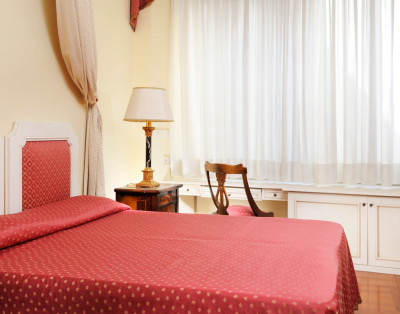 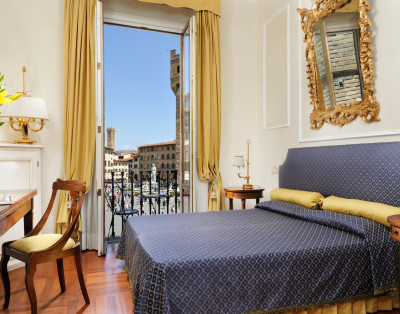