Piazzale Michelangelo: the most famous viewpoint in Florence

A must destination for travellers is surely Piazzale Michelangelo in Florence, the most famous observation point in the city with a view over the skyline and its most important monuments.
The square was designed by architect Giuseppe Poggi in 1869 on the south hill of the historic centre, on the left bank of the Arno River. Why just that year? Because since 1869 Florence was capital of Italy and the whole city was renewed from the urban point of view: the birth of the riversides, boulevards and scenic streets. 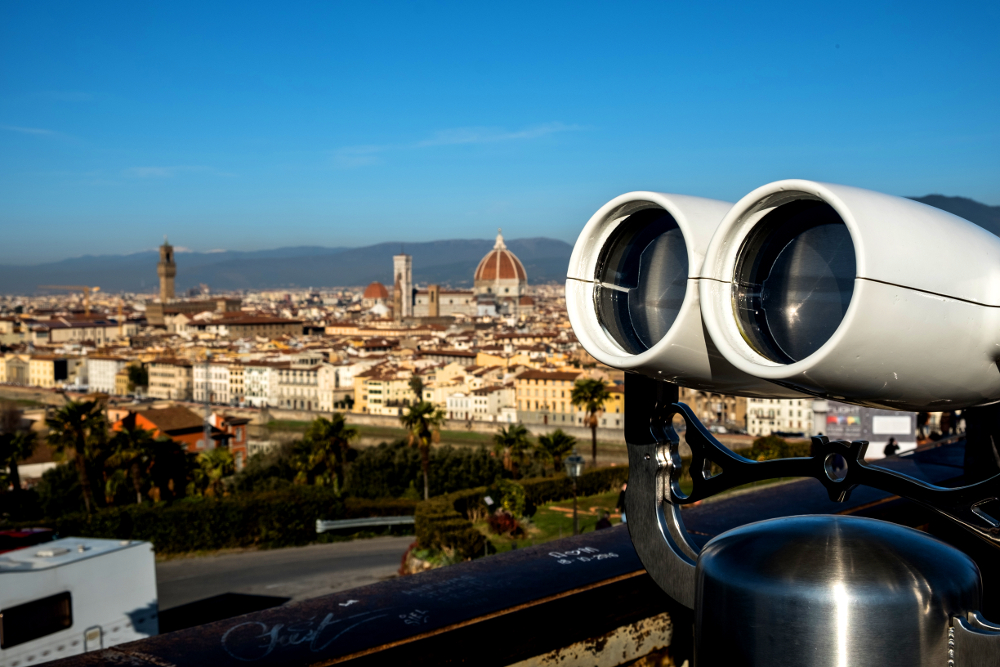 Why is it called Piazzale Michelangelo?

The square is named after the great Renaissance artist because in it there are copies of some famous works conserved in Florence, such as the David and the four allegories of the Medici Chapels in the Basilica of San Lorenzo. The copies are in bronze while the original are in white marble.

In the Piazzale, there is also a loggia in neoclassical style that now houses a panoramic restaurant, always designed by Giuseppe Poggi. In fact, in the wall of the balcony under the loggia there is an epigraph that reminds him: Giuseppe Poggi Florentine architect turn yourselves around here is his monument MCMXI.

From Piazzale Michelangelo you will discover a panorama stretching from Forte Belvedere to the Basilica of Santa Croce passing by the Arno River and bridges of Florence, including Ponte Vecchio. You will also admire the Duomo, Palazzo Vecchio, the Bargello, the octagonal bell tower of the Badia Fiorentina, the facade of the Uffizi Gallery on the Arno and, in front of you, the north hills of the city with Fiesole and Settignano. 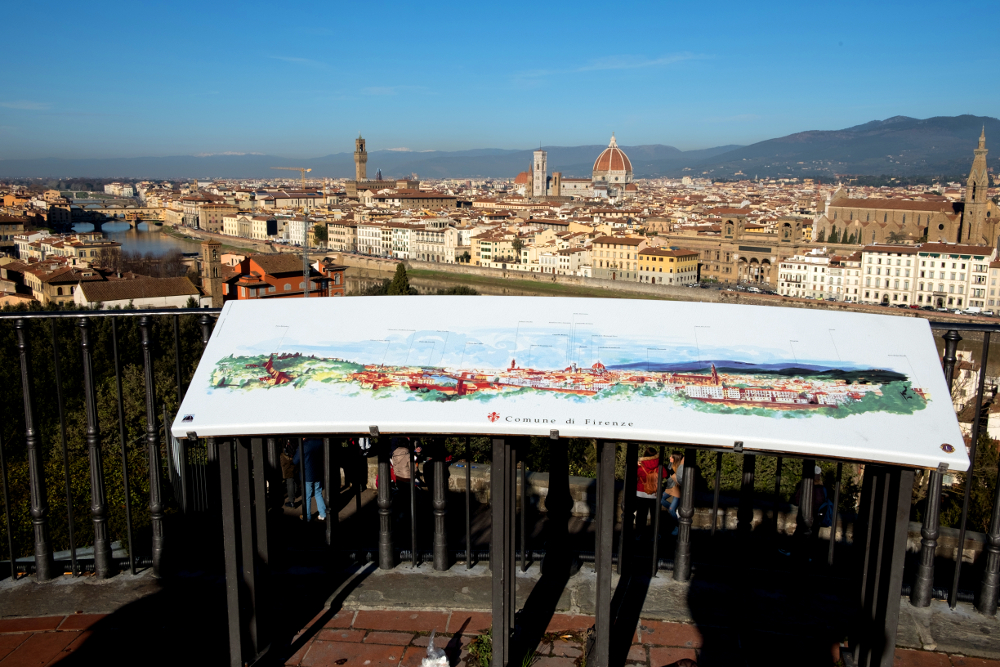 How to reach the Piazzale Michelangelo in Florence?

By car: along the tree-lined Viale Michelangelo.
On foot: walking up the monumental staircases named Rampe del Poggi from Piazza Poggi in the San Niccolò neighbourhood.

For more information on itineraries in Florence you can always contact our team of Art and Luxury Apartments at 055.27370, via email to info@appartamentilussofirenze.it or by filling the following fields. We will reply you as soon as possible.